Alleged comedian Jimmy Kimmel arranged for his staff writers to pen thank-you notes to Hillary Clinton, and - for a programme which people paid money to watch - had Miley Cyrus read them out live to Hillary.

At this stage you are down on your knees praying that this is a fake news post, but unfortunately I have to tell you that it is painfully real.

One note which particularly stuck with me - like a bad case of toenail fungus - was:

Thank you, Hillary, for always sticking to the issues even as people criticize you for superficial things like your hair, your wardrobe, and your appearance. You show girls everywhere that politics isn't a popularity contest — because if it were, you would have won by about 3 million votes.

Tell it sister! Politics is not a popularity contest.
Politics is a beauty contest[1]. Hair, height, clothes are all relentlessly honed for appeal.
And Hillary Clinton lost to Donald Trump. 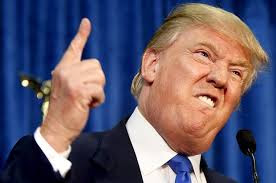 [1] Not to mention that beauty contests are extremely political.

All comments are subject to retrospective moderation. I will only reject spam, gratuitous abuse, and wilful stupidity.